Foreign-born workers in the UK

The role of foreign-born workers in the UK’s economy has been the subject of much scrutiny in recent months, and particularly in the run-up to the referendum on the UK’s membership of the EU. Recent IES research aimed to shed some light on both employer attitudes to workers from other EU Member States and the experiences of these workers themselves. We found that employers valued skills and work ethic above worker nationality. However, although many employers agreed that the main advantage of employing foreign-born workers was that they were hard-working, there was no evidence that this view had any real impact of recruitment practices. Workers themselves experienced no differential treatment from employers overall, although there was some evidence of hostility on the part of clients, particularly in the care sector.

IES, along with IFF Research and the Centre on Migration, Policy and Society (COMPAS), at the University of Oxford, was commissioned by the Equality and Human Rights Commission to examine the experiences, attitudes and perceptions of both employers of foreign-born workers and the workers themselves[1]. The research was based on a literature review; telephone surveys of 1,200 employers and 100 recruitment agencies; 25 interviews with foreign-born and UK-born workers; and 10 interviews with employers and recruitment agencies.

Our research covered five sectors, in which foreign-born workers are to be found in significant numbers: food manufacturing, accommodation, food service, computer programming and social care.

Around half of workplaces that had recruited new staff in the 12 months prior to our survey recruited a mixture of UK and foreign-born workers. A slightly smaller proportion only recruited UK-born staff and just 3 per cent only recruited foreign-born staff. Workplaces most commonly advertised or let people know about vacancies via recruitment websites, their own company website, and word of mouth.

The research with employers found no evidence of specific targeting of foreign-born workers in recruitment practices. Employers looked primarily for the skills, experience, qualifications and personal attributes necessary for the vacancies on offer, regardless of nationality. Many foreign-born workers reported positive attitudes towards them on the part of employers, but it was not generally felt that these views and perceptions translated into targeted recruitment strategies. 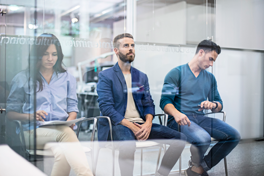 Poor communication skills in English were seen as the most common reason for turning down applications from foreign-born workers. This also meant that foreign-born workers with limited English language skills were often overqualified for the jobs they were in.

Workplaces said that applications from UK-born applicants had been unsuccessful due to insufficient enthusiasm, motivation and energy as well as a lack of the relevant knowledge or experience. However, this aspect of the research found no evidence that employers recruited on the basis of nationality, or that nationality was an overt consideration in recruitment selection.

The terms and conditions of the roles in which UK-born and foreign-born workers are most commonly employed tended to be similar. People of different nationalities in the workplace tended to mix well, according to the interviews. Workplace groups or cliques tended to be associated with age, with older workers and younger workers tending to form distinct groups, regardless of nationality. Inevitably there was also some self-segregation caused by language, with some foreign-born workers seeking out those who spoke the same language as them.

Broadly speaking, the majority of foreign-born qualitative interviewees said that they were treated the same as UK-born workers in the workplace. However, some foreign-born workers in client-facing roles reported occasional hostility towards them from customers, as a result of their nationality.

Some foreign-born interviewees felt that their nationality was an advantage. This was based on employers’ previous positive experiences of employing foreign-born workers as well as a perception that foreign-born people were hard working, flexible and unlikely to complain about factors such as pay. However, none were able to provide specific examples of how this had helped them to secure employment in the first place.

However, around a third of workplaces felt that the main advantage of employing foreign-born workers was they were generally hard-working. The most common disadvantage was poor English language/literacy skills. Conversely, around 40 per cent of workplaces said good English language skills was the main advantage of employing UK-born workers. Fifteen per cent said that UK-born workers were not sufficiently hard-working.

The findings of this research give rise to a number of policy pointers. Firstly, given that there appears to be confusion among employers and recruitment professionals about their legal obligations in relation to some areas of the recruitment process, targeted guidance could be useful.

Further, many of the individual employees we spoke to seemed to be relatively vulnerable when they first arrived in the UK. It may be worthwhile to target resources at trying to further ensure that individuals know their rights and where they can obtain help and advice if they need it.