IES recently undertook research for the Migration Advisory Committee (MAC) to investigate the reasons behind the variation in levels of recruitment of non-European Economic Area (EEA) nurses across NHS trusts. The research reveals the scale of the challenges facing the NHS nursing workforce and provides detailed evidence and a clear picture of the nursing shortage due to a range of demand-and supply-side factors.

The study[1] is based on quantitative analysis of available data, as well as qualitative interviews with NHS trusts and health sector experts. The focus of the research was the NHS in England as data constraints make it difficult to extend quantitative analysis uniformly across the UK and most of the Certificates of Sponsorship were issued in England. The report identifies three key causes of the current nursing shortage:

How to fill the gap?

Our research found that there is a need for urgent investment in a ‘homegrown’ nursing workforce to fill these future posts and that this will require adequate and sustained investment in workforce planning. Indeed, there are not enough nurses entering the system to fill the gap or offset the loss of skills and experience that will take place when one third of nurses reach retirement age in the next ten years. This is not just about numbers because workforce planners need to consider the years of experience, skills and expertise that these nurses take with them when they retire. Replacing this will be an altogether more challenging task.

The report highlights the key role of international and EU nurses in easing the pressures on the nursing workforce, as together they make up around 12 per cent of nurses in the UK. IES researchers mapped NHS Trusts’ recruitment of international nurses and found that reliance on this workforce is greatest in London and the South East. IES also found that the composition of the overseas nursing workforce has shifted dramatically in recent years; nurses from the EU are now increasingly prevalent, reflecting a change in recruitment practices due to tighter immigration rules.

The role of international recruitment needs to be well aligned with, and considered alongside, other aspects of workforce planning to avoid contributing to future boom and bust cycles and restricting opportunities for domestic entrants to train as nurses. International recruitment has an important role to play in the future planning of the domestic nursing workforce, but ideally this role should be a marginal one that aims to provide a buffer against the effects of temporary labour shortages. 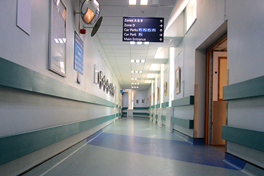 International nurses from non-EU countries such as India and the Philippines have always played an important role in the NHS, and continue to do so, making up eight per cent of the total nursing workforce in England. In March 2016, the MAC recommended that the UK government grant up to 15,000 visas over the next three years to non-EEA nurses in order to ease the current nursing shortage. This will reduce the immediate to short-term pressures on the NHS but it is questionable whether this will be enough to make up for the loss of a third of the nursing workforce over the next ten years.

Another option in terms of filling the gap could be to recruit more nurses from the EEA. Nurses from EEA countries constitute 4.5 per cent of the total nursing workforce in England (up from just over one per cent in 2009), mostly from countries such as Spain, Portugal and Ireland. However, with the uncertainty around the status of EEA workers in the UK, following the EU referendum result, the recruitment pipeline from Europe is likely to be hit hard.

More evidence of the effectiveness of interventions designed to increase retention in the NHS would help support improved workforce planning in the future. This could also usefully inform any national drive to improve retention across the NHS nursing workforce. Related to this, there is a case for implementing a consistent method of data collection on retention across all Trusts. The second area which needs close monitoring is the number of student nurses, following the government decision to remove the student nurse bursary. Finally, given the importance of region and demography in influencing Trusts’ use of non-EEA (and EEA) nurses, more evidence is needed to pin down the issues at play in London and the South East. Our research has already contributed to this last area, not least by developing a geographical catchment area for each Trust, allowing us to produce one-dimensional maps of non-EU nurses by NHS Trust[3]. However, more work is needed to understand the interplay of ‘push’ and ‘pull’ factors in these regions and why they result in higher vacancy rates and greater turnover than in other regions.

[1] Marangozov R, Williams M, Buchan J (2016), The labour market for nurses in the UK and its relationship to the demand for, and supply of, international nurses in the NHS, Migration Advisory Committee

Read more on the impact of Brexit on employment