Assessing risk of precariousness in work

Precarious work is an issue that is occupying the minds of policymakers both in the UK and more widely in the European Union. At the heart of the debate is the question of how to ensure the appropriate balance between flexibility and protecting the employment rights and terms and conditions of workers. IES explored these issues in recent research carried out for the European Parliament[1][2], finding a complex interplay of factors, such as type of employment relationship, individual situation and preferences, and issues such as sector, age, educational level, and gender.

There is no Europe-wide accepted definition of what constitutes precarious work, as this depends on factors such as the viewpoint of the assessor (trade unions will have a different view than employer representatives, for example) and the situation of the individual worker – for example, a relatively high degree of flexibility and insecurity may be welcomed by those who are fitting work into other lifestyle choices or demands, whereas this would not be sustainable for those who need a higher level of security.

Consequently, the approach we took was to assess the risk of precariousness of all types of contract. We therefore looked at ‘standard’ open-ended, full-time contracts; part-time work; self-employment; temporary work (including fixed-term contracts; temporary agency work; seasonal and casual work; posted work; and outsourced or subcontracted work); zero hours contracts; internships; and informal or undeclared work. We then mapped these against indicators in order to assess the risk of precariousness for individuals. These indicators are in-work poverty and low pay, social security, labour rights, stress and health, career development and training, and low levels of collective rights.

We found that the financial crisis has had an impact on risk of precariousness in Europe, resulting in an increase in a range of atypical forms of work. The crisis has also meant that lower levels of funds have been available for enforcement services in Member States, increasing the possibility of abuses of employment relations going undetected. Other drivers include a country’s institutional framework, including the presence or absence of a statutory national minimum wage, the extent and influence of active labour market policies, the interaction of tax and social security systems with low pay, and the presence or absence of collective bargaining systems. Labour market regulation is also a key factor that affects risk of precariousness: labour markets that afford protection to workers in the areas of working conditions; protection against discrimination and dismissal; access to social rights; and to collective rights are likely to have a lower overall risk of precariousness than those which do not.

Risks of precariousness varies according to type of contract

We found that the predominant form of employment relationship in the EU is the full-time permanent contract, which accounts for 59 per cent of employment, although this share is decreasing, while the share of non-standard forms of work is increasing. We found that while standard forms of employment are at a lower risk of precariousness than other forms of contracts, there are nevertheless some risks, associated with low pay, in-work poverty, and poor working conditions in some sectors and occupations.

Part-time work accounts for around seven per cent of employment in the EU. Marginal part-time work (fewer than 20 hours per week) is increasing, mainly due to rising participation of women in the labour market. The overall working conditions of permanent part-time employees seem not to be that different from those of full-time workers, but marginal part-time employment is characterised by a lower level of job security, fewer career opportunities, lower levels of training investment and a higher share of low pay. On average, around a quarter of part-time workers do so involuntarily. 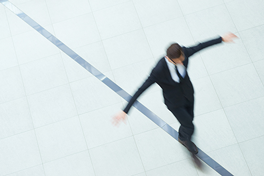 Fixed-term contracts account for seven per cent of total employment. We found that fixed-term work is at risk of a lack of access to employment rights as the majority of workers’ rights and protections in the EU have been built around standard contracts. There is also a mixed picture in terms of how far fixed-term work can provide a stepping-stone into more permanent forms of employment.

Temporary agency work accounts for 1.5 per cent of total employment on average. There is a risk of precariousness in terms of lower earnings levels. However, there is some evidence that temporary agency work can potentially act as the first step into the labour market and on to permanent work.

Zero-hours contracts are not present in all countries, but account for around five per cent of the workforce in the UK and Austria. These contracts have no guaranteed minimum hours of work and although contracts usually stipulate that workers are entitled to decline work, in practice individuals often feel pressured to accept work. Variability of earnings under zero-hours contracts affects an individual’s ability to claim social security benefits.

Internships are often unpaid and even where they are, payment is typically low. There are also risks in terms of the quality of the placements and the danger of young people getting trapped in lengthy cycles of unpaid internships. Internships are increasingly becoming an important route of entry to many professions; however, opportunities are often secured using personal contacts or networking, which creates major disadvantages for those who do not have access to these points of entry.

Our study found that all employment relationships are at some risk of precariousness although the level of risk varies. We found that the risk of in-work poverty, lack of social security coverage and lack of access to labour rights are the most serious risks for individuals.

Standard forms of work are at a lower risk of precariousness, but are associated with some risks in terms of low pay, in-work poverty, and poor working conditions in some sectors and occupations. Overall, part-time work tends to be less precarious than marginal part-time. Self-employment is characterised by certain risks, but an important distinction to make is between those who choose self-employment and ‘bogus’ self-employed workers. Temporary forms of work are traditionally seen as at greater risk of precariousness, largely due to their time-limited nature. Other forms of work, such as zero hours contracts, internships and undeclared and informal work, all carry relatively high risks of precariousness.

The EU has a strong framework of Directives and other policy initiatives that are designed to offer protection to workers who are at risk of precariousness, and this has been assessed to be effective overall. However, a number of challenges remain for EU policy: