Blog: Risk Management with a smile! Getting an early start on health and safety

“You’re never too young to learn about health and safety” or so says the European Agency for Safety and Health at Work (EU-OSHA) who have launched an initiative aimed at promoting basic health and safety knowledge to primary school children.

IES recently studied uptake of the initiative, called ‘Napo for Teachers’, in European schools and teachers’ views on introducing health and safety in a classroom environment. The findings are as yet unpublished but during ‘Health and Safety Week’ it seems timely to reflect on the potential merits of instilling risk awareness in young, pre-working minds. 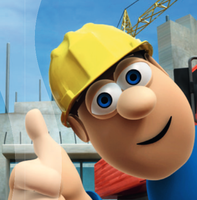 ‘Napo’ is a friendly, animated character who gets into all kinds of mishaps and, in doing so, shows children how to keep themselves and others safe from everyday hazards. The hope is that instilling a basic awareness of occupational health and safety (OSH) principles early on in life will help reduce needless accidents in the short-term and, when students reach working age, ultimately make a positive impact on European working life.

In consultation with education professionals, EU-OSHA has produced free, downloadable ‘Napo for Teachers’ lesson plans and made them available on its website. These cover topics that primary school children are likely to encounter at home and at school, including safety signs, prevention of cuts and burns, lifting heavy objects safely and the identification of risks and hazards. The video clips and creative activities are designed to explore the topics in an engaging yet informative way. In one example, children ‘hunt the hazard’ in a chaotic ‘DIY’ environment, leading to class discussions explaining how to act to prevent these risks.

Acknowledging the variation in national curricula across the EU, the lesson plans have been designed to complement topics which are already being taught in the classroom, such as personal, social and health education, science, maths and citizenship. Much of the content aimed at young children is language-free (Napo appears as a silent movie character); the cartoon content is supplemented by materials for teachers containing text translated into more than 20 European languages.

IES found that feedback from teachers across the EU who had used Napo materials in class was almost unanimously positive. The characters were well liked by children and the stories were seen as appropriate for intended age groups. The humour and cuteness of the cartoon character was also seen as a key success factor as it allowed serious subjects to be tackled in a light-hearted and fun way. For example, one teacher told how their students now say ‘don’t be like Napo’ to remind one another not to leave trip hazards on the floor in class. This suggests that the lessons have the potential to impact on behaviour in an immediate and practical way, possibly playing a role in accident prevention and saving scraped knees!

IES found that the overall impact of the initiative varied significantly from country to country and was somewhat dependent on internal efforts to promote and market the materials. Promotional events that involved teachers being introduced to the resources face-to-face were very effective in encouraging uptake. Unsurprisingly, those in which Napo himself showed up (an adult dressed in a Napo bodysuit) had made the biggest, most memorable impact.

Although there was widespread approval of the materials, some teachers struggled to find opportunities to use them and this was often linked to national circumstances. For example, in some countries challenges arose in relation to ‘fit’ with some national curricula and workload pressures on teachers. There was considerable variation across Europe in this respect, highlighting the difficulties many EU agencies face when organising international campaigns for diverse audiences.

Despite some logistical challenges (such as the difficulty of resourcing EU-wide promotion) our findings showed the initiative has successfully crossed national, linguistic and cultural boundaries and there appears to be potential for Napo to make a difference to young audiences he has yet to reach. The research centred on teachers and EU-OSHA’s network of contacts so we can only speculate on the impact on children’s day-to-day life. However, it seems reasonable to assume that the safe and healthy habits they learn from Napo will serve them well throughout their lives. It remains to be seen whether a new generation of young safety-conscious workers will emerge from European schools in the next decade, or possibly a cohort of budding inspectors. Whatever the outcome, EU-OSHA has succeeded in making health and safety fun, which, given its traditional ‘red tape’ image, can only be applauded.

The toolkits are now available in more than 20 languages and may be downloaded from Napo’s website (http://bit.ly/NapoLessons).