The challenge of employee financial capability

In January 2017, in partnership with Close Brothers, IES produced three reports for the Chartered Institute of Personnel and Development (CIPD) on financial capability[4]. This included a policy report, practical guidance for employers on how they can support their employees’ financial capability, and insights from the behavioural sciences (in particular behavioural psychology and behavioural economics) that can be used to develop more ‘emotionally literate’ policies and communications in public and private sector organisations.

IES’s research found that individuals at risk of poor financial capability or wellbeing include those with high earnings and high spending as well as those on lower incomes and younger people just entering the workforce. Each employee group often faces barriers to seeking advice[5]. Further, changes in the economy mean that the financial pressures employees currently face are likely to increase in the decades to come, and that these conditions may require people to exercise greater financial discipline than required of recent generations.

Key trends in education and housing

The expansion of higher education provision has raised the challenge of financing, in a context of austerity. A number of developments have increased both the number of people affected by such challenges, and young people’s levels of debt on entering the labour market. These developments include: introducing and increasing fees for degree courses; replacing education maintenance grants with loans in England; extending loans to vocational courses such as nursing; and introducing loans for postgraduate courses.

In terms of housing, despite a fall in prices during the recession, costs have since been increasing[6], and significant variation in housing costs across the UK lowers labour market mobility. Some estimates suggest that nine out of ten people aged under 35 and in the bottom half of the UK’s income distribution will be unable to afford to buy a home within the next decade[7]. Over half of people aged 20–39 are projected to be renting by 2025[8]. More people will either rely on transfer of housing through inheritance or living in a rented home. The rise in a renting population will also have implications for pensions policy.

Continued funding has been granted for the Department for Work and Pensions’ (DWP) Employee Assistance Programme, which offers individual staff and managers a 24-hour service for advice and support on a range of issues. DWP’s Pathways to Work programme also provides financial, employment, and health support for all people claiming incapacity benefits, though the impact of this programme has been the subject of debate[9][10]. For low earners on in-work benefits, a Help to Save Scheme will incentivise those who put aside £50 a month with a government top-up of 50 per cent after two years, which will be worth up to £600. Universal Credit aims to streamline the delivery of income-related benefits to working-age people and deliver these in a monthly payment. This will increase the need for people on low incomes to manage a monthly rather than a weekly budget and potentially to handle larger sums of money as housing costs will be paid to individuals rather than direct to landlords.

The Government has also proposed restructuring the delivery of public financial guidance to ensure that people can access help in making effective financial decisions. 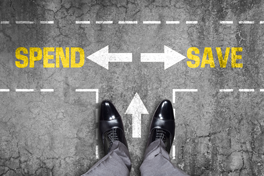 Most recently, government interventions in 2016 have included: a parliamentary reception to launch new research on why children should be taught about money; a roundtable in the House of Commons to discuss high-level findings of an upcoming report on the symptoms of debt; and another to discuss a newly launched report on the economic benefits of raised levels of financial capability in the UK. In January 2017 Theresa May also announced a review to deal with the ‘hidden injustice of mental illness’[11], as financial wellbeing can have an impact on mental health and vice versa. Plus there has been a growth in internal business publications[12] assessing the efficacy of their own activities with their employees, and potential ways to influence their behaviour.

Behaviour change is at the heart of financial capability. Some of the earliest applications of behavioural science focused on helping people to save for their retirement, including US research on the impact of automatically enrolling employees into workplace pension plans, and Thaler and Benartzi’s work on the ‘Save More Tomorrow’ scheme[13], which provided an easy and effective way to increase pension contributions. Further, the UK Behavioural Insights Team (BIT) is currently considering how to apply these insights to day-to-day financial behaviours in the UK, focusing on areas such as savings and credit choices.

November 2016 saw the first ‘Financial Capability Week’ by the government-backed Money Advice Service (MAS). The purpose of the week was to raise awareness of the importance of financial capability, what it means and the organisations involved in making a change. On the back of this event the BIT launched the ‘Financial Capability Lab’ in partnership with MAS. Results of the combined work of the Lab and the wider MAS What Works Fund will be published later in 2017.

MAS has since created a ‘What Works Fund’ to help fill the evidence gaps identified, and recommend promising interventions that can be piloted and tested at scale in 2017/18. BIT’s partnership with MAS is part of the initial wave of What Works projects[14].

Links with health and wellbeing

Recent developments in the policy arena appear to recognise the positive knock-on effect of addressing poor financial wellbeing, reflected in reduced absence, improved levels of productivity and engagement and lower levels of stress. Levels of understanding of health and wellbeing have also grown in the nine years since the publication of Dame Carol Black’s ‘Working for a Healthier Tomorrow’ report, but cuts to public health funding can undermine actions taken to make the financial capability of the diverse employee population a core policy objective. Employers need particular help in making the business case for investing in supporting the wellbeing of their workforce, and recognising the links between social, financial and environmental factors and health and wellbeing. This latest IES research is a valuable contribution to this crucial policy area.

[9] A report published by the National Audit Office claimed Pathways has had a limited impact and, while a serious attempt to tackle an intractable issue, has turned out to provide poor value for money.