Flexible higher education - is there a market for accelerated degrees?

Recent work by IES, commissioned by the Department for Business, Innovation and Skills, and published by the Department for Education, explores the evidence and current thinking about undergraduate accelerated degrees as an alternative and flexible mode of study. The work involved a review of the existing literature and a small number of case studies of universities offering accelerated degrees.

A view from the literature

What are accelerated degrees?

Accelerated degrees can be difficult to identify in the UK. They are not identifiable in course-finding tools, nor are they identified in statistical data about higher education (HE). The literature indicates there is no standard definition of accelerated degrees nor indeed a consistent terminology, with such programmes also referred to as two-year, fast-track, intensive or compressed degrees. We define them as courses that cover the same curriculum and content, have the same total number of teaching weeks, and deliver the same number of credits as a three-year degree but are delivered in two years (or four years for part-time study) by utilising the summer period. They change the pace of learning and length of study, enabling students to move through HE more quickly.

Who are they for?

Accelerated degrees feature in literature around efficiency of university estates and organisation of the academic year, and can therefore be a way for universities and colleges to offer year-round teaching and ease crowding during the ‘regular’ academic year. More frequently though, accelerated degrees are focused on flexible and responsive learning provision, which in turn features in debates around student choice, lifelong learning, widening participation and student-led provision. These have all been key policy themes in HE over the past 20 years. Nevertheless, the literature concludes that accelerated degrees are currently a little-known and niche aspect of flexibility, as flexibility in HE has instead tended to focus on the more common offerings of part-time study and e-learning. Various accelerated initiatives have been trialled over the past 20 years, but provision and take-up has tended to be modest.

Much of the research took place at a time when tuition fees were substantially lower and institutions were limited in the number of students they could accept. The context has now changed and what we are missing is an understanding of the potential to expand accelerated degrees to traditional HE students – those 18-year-olds leaving school or college with limited work experience – as an alternative to the traditional HE study model.

A view from the ground

Institutions with successful accelerated degree programmes find their courses are especially popular with the ‘young mature’ – individuals in their early to mid-twenties. These individuals may be accessing HE later for a number of reasons. They may have been in the workplace for a few years already, or taken a little longer to choose or complete their previous qualifications, and/or taken some time out before continuing their education/career plans. 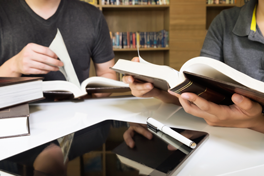 For this group, accelerated degrees can be a way for them to catch up with their peers, and students on these courses are described as highly motivated and very focused. They are often drawn to accelerated degrees for the opportunity to enter the workplace one year sooner than via a traditional three-year degree or to move more quickly onto postgraduate study. Also for older individuals, who are less concerned with having the ‘traditional student experience’ or accustomed to working throughout the year from previous employment, accelerated degrees offer a compact way to gain a higher qualification and to progress in their chosen career.

However, accelerated degrees may not be the best solution for everyone. Students and staff agreed that accelerated degrees are demanding in terms of time required and the pace of learning. Students wanting a traditional experience and students with other commitments such as children, work or a caring role may struggle with the time requirement. Also, some students who have entered higher education through alternate routes may need additional support to adapt to a more traditional, academic style of study and may find the accelerated pace quite challenging.

The literature and case studies suggest that the following key factors appear to be restricting the market:

The latter appears to be a key blockage and this has led to a policy shift. The government has recently announced (in February 2017) plans to amend the Higher Education and Research Bill ahead of its report stage in the House of Lords. The plans are to allow institutions to charge more per year for accelerated degree courses than the current fee cap. The exact amount that could be charged will be decided after consultation but the total would still be less than the fees for a traditional course. It is hoped that this will stimulate the market, making accelerated provision more attractive to institutions but also still attractive to certain groups of students and possibly a wider group of students. We will be watching developments closely.

DfE (2016), Findings from the Call for Evidence on Accelerated Courses and Switching University or Degree, Department for Education