IES was delighted to host Matthew Taylor as a speaker in the first week after the publication of his review of modern employment. There have been many rapid responses to his review, with negative comments coming from both sides of the labour and capital fence. This might suggest either that no one is happy or that he has clearly done something right!

This event was a chance for Matthew to put his findings into context for an audience of IES honorary fellows, members and IES invited guests.

The evening was introduced by Nigel Meager, director of IES, with a summary of some of the challenges of the modern labour market.  In the UK the labour market might be typified as being successful at the macro level of flexibility, stocks, and flows, but is perhaps more challenging when you delve below the surface and start to explore whether it delivers ‘good work’. The very term ‘good work’ is problematic, but one which Nigel defined as having three core components. In his view, ‘good work’ is that which: 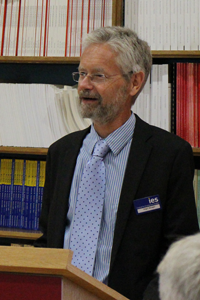 In these terms, the emerging narrative is that many jobs do not meet this standard and that perhaps the ‘success’ at the macro level is delivered on the back of a deterioration in job quality. In recent years we have seen a squeeze on living standards; a growing sense of insecurity and precariousness; and a significant rise in self-employment (with accompanying doubt as to whether this is due to genuine start-ups or actually a growth in bogus self-employment which avoids the employer burden of normal terms and conditions).

Dealing with the potential downsides of some of the changes in work creates a real policy dilemma of what instruments and levers can be brought to bear so that they deal with the negatives without dampening job creation. It is into this space that Matthew’s review has stepped.

Matthew explained that the review was intended to deal with three broad issues:

In the report, the concept of good work is tackled at three levels. At the first level the report argues the moral and economic case for good work. Work should be fair and decent and should live up to the spirit of the law in terms of rights and entitlements. There should be scope for people to have fulfilment, voice and development.

At the second level, the report explores some of the system changes around tax, health, employability, and the UK’s Industrial Strategy. We are seeing a growing demand for employees in the UK’s low-paid sectors; shifting interactions between people and technology; a more informed debate on health and wellbeing; and a tax system that provides an open invitation to organisations and individuals to pursue bogus self-employment. In this context, good work needs to recognise this fluctuating environment for work.

At the third level, the report makes specific recommendations on the regulations that engage with work. 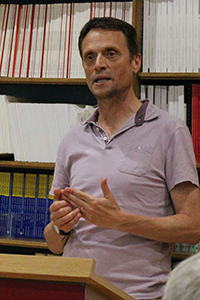 In making these recommendations, Matthew acknowledges that his report is ‘more about nudging than shoving’. It fully recognises that the UK does not face a crisis of good work and that we have a system that has the admiration of many. It suggests multiple small interventions interacting to achieve change.

So if that is the report in a nutshell, what of the criticisms? These have predominantly been of three types:

Some of these suggest a misunderstanding of what was likely from such a wide ranging review and underplay the power of some of the small levers recommended, two of which were explored further in the discussion which followed Matthew’s talk.

The first was progression, which has become an issue because the narrative of work has increasingly become one of work that doesn’t go anywhere. The report suggests that if you give workers voice then development and progression will happen because it is so valued. People should have two stories to tell about their personal progression and development: the well-understood story around qualifications, and a less-well-articulated story around skills (such as communication, resilience, team working etc). There are many different frameworks for the latter and the government should act to provide some structure around it so that people can articulate their employability skills in a more robust way.

The report looks at various ways in which we can create a culture of entitlement towards development and progression, which gives those at low levels and those on precarious contracts the chance to move on. This could be helped for example, by creating digital accounts of achievements and configuring ’gig’ platforms such that individuals can take their customer ratings with them when they move on.

The second discussion focused on how an emphasis on nudging hinges on employer behaviour. One option is to recreate a body which might be tasked with some of the actions contained in the report, but this is contrary to current moves to reduce the number of quangos and therefore we need to use existing bodies to drive change. One obvious candidate is the Low Pay Commission – a tripartite and trusted organisation which should have the power to ask questions to probe how organisations are lowering their prices below the market rate. This happens already with the Gangmasters and Labour Abuse Authority so this should be possible.

The report treads a fine line between competing and conflicting interests; between the voices of individual workers who have found valued freedom and flexibility in modern employment versus those who find themselves in work which is both precarious and exploitative; between employers who can craft jobs to fit their needs more flexibly and efficiently and trade unions who perceive too great a shift towards work that lacks dignity, security and the opportunity for progression. Matthew has explained that the report seeks to represent those different narratives fairly and find a middle ground that provides clarity, safeguards against exploitation and provides a range of systemic levers that will drive the UK labour market closer to good work.