Progress of the reform programme: issues raised by the Apprenticeship Trailblazers

The Apprenticeship Trailblazers are the government's key response to the Richard Review, which challenged it to take forward a programme of reforms aimed at boosting quality, putting employers at the heart of developments in order to increase trust in and uptake of Apprenticeships.

The announcement of the Apprenticeship Levy has, however, somewhat overshadowed the Trailblazers. While multiple commentators and campaigners are seeking clarification on the levy and proposing uses for the funds it may raise, there appears to be little comment or challenge in respect of the new Apprenticeship Standards and the funding model that accompanies them.

On behalf of the Department for Business, Innovation and Skills (BIS), IES was involved in tracking the process and experiences of the earliest employer networks that took forward the design of the new Apprenticeship standards. The research reviewed the Trailblazer programme at its commencement with eight early-innovator networks, and expanded into a sample of the second group of 29 networks that moved forward with developments. Those networks, tracked by IES, created upwards of 30 Standards between them by the time the research was completed. Their work raised a number of issues in respect of the reform programme, some of which are considered below.

Scale of the new Apprenticeship Standards

BIS currently lists in excess of 350 Apprenticeship Standards at various stages of development. However, to put this into context, at the time of IES's research, there were predictions that upwards of 1,500 new Standards could be required.

The new Standards undoubtedly represent, in terms of scale, a radical departure from the Apprenticeship Frameworks of the past. The outgoing Frameworks numbered around 250 as they straddled 1,200 jobs, ie multiple levels of one job were covered by one Framework. In contrast, the Standards (or most of them) specify the training required to perform one level of a job role, which is the reason why so many more will be required.

This poses new challenges in terms of processes to assure quality, and in establishing parity between Standards of the same levels, but also in determining that each Standard provides the package of training for a job role that is distinctive and does not overlap with another.

Moreover, this scale may be overwhelming for employers and would-be apprentices, who will need to be able to navigate the new offer and identify which training packages will best meet their needs and aspirations. The same challenge confronts guidancegivers, who will need to understand the range of Standards as well as the relevance to different occupational areas and sectors. 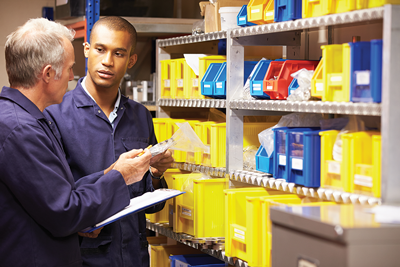 The original ambition for the reformed programme (contained within The Future of Apprenticeships in England: Implementation Plan [1]) was that from September 2017-18 all new training starts would be to the new Standards. However, by the time IES's report was published, just four of new Standards tracked by the research had started delivery, and in very small numbers – around 300 starts altogether.

There are multiple reasons for this, including that some Standards had taken much longer than originally scheduled to be approved. In other cases, aspects of the new training model were being trialled through the outgoing Framework. However, some wider messages also emerged, which had implications for whether the original ambition can be met.

For example, the Standards provide a two-page description of what the Apprenticeship training will cover and an assessment plan sets out the approach to and elements of assessment for the Standard. However, in order to start delivery, training providers have to establish new learning programmes to reflect the changed package, which requires lead time. This is particularly the case because many Standards have radically expanded on the knowledge and skills requirement in comparison with the outgoing Framework and increased the number of off-the-job training hours that need to be delivered.

Moreover, the readiness of the provider market should be a key concern. From the earliest Trailblazers there were indications that the larger, broader new qualifications might entail difficulties for ensuring cost-effective delivery, especially in sectors that require sophisticated – and expensive – equipment. Questions were raised over whether training providers would be able to afford the costs of the necessary range of equipment. This could lead to employers having to contract with more than one training provider to ensure all training requirements could be covered or could drive the formation of trainingprovider consortia to deliver particular Standards. While this could build on existing prime and sub-contractor relationships in the skills sector, it might also have implications for how widely the new Standards could be delivered.

Individually and in combination, these issues raise a concern for the rapid adoption of the new training models; in turn, this must be a challenge because until they are tested in practice it cannot be known whether the quality of training and outcomes meet the needs of industry and apprentices.

The funding model being trialled for the new Apprenticeship Standards has at its core an award of £2 of government funding for every £1 invested by employers. Five price caps have been applied, based on the estimated costs of delivery of the new Standards. There are incentives for small businesses, for any business taking on a 16-18 year-old, and for successful completion of training. The government investment will be routed through employers as part of digital accounts, and employers will be empowered to source the training provision they believe best matches their needs.

The Apprenticeship Levy was announced after this model was established. The stated intention is that those employers who must pay the levy will receive more out of it than they put in. How this stacks up against the funding model and incentivises the creation of additional vacancies is likely to depend on the price cap applied to the selected new Apprenticeship.

While the incentive for the recruitment of young apprentices and the completion 'bonus' were viewed as sufficient, employers were less convinced that the small-business incentive was at the right level to overcome fears about affordability. There were also questions about whether small companies would have capacity to deal with the added administration associated with managing the funding, and cash flow constraints would make Apprenticeships unattractive to them.

It is as yet unknown whether the £15,000 allowance that all employers will receive to offset the payment of the Apprenticeship Levy will be sufficient to allay concerns about the impacts of the funding model on small employers. The fact that for many it will simply take them out of scope for paying the levy suggests it will not.

When will Trailblazing end?

BIS maintained that the Trailblazer process would continue into the current academic year but there is no clear statement on what happens beyond this point. If the prediction amongst some stakeholders is right – that up to 1,500 Standards will be required – there is some way to go in reaching this target. The ambition to conclude the Trailblazing process in the current year suggests that BIS believes that some templates would emerge for both the process of bringing employers together to design the new Standards, for wider consultations particularly amongst small businesses, for Standards and assessment plans, and for brokering the relationships necessary with awarding organisations and training providers.

There has been progress towards this; however, it needs to be seen in the context of a high degree of heterogeneity in terms of the structures not simply of Trailblazer networks but of sectors, and former engagement with the Apprenticeship programme.

Finally, it is not certain that there is a clear picture of the precise number of occupations covered by the new Standards, linked to whether there are clear and objective occupational definitions to underpin this. Therefore, while much progress has been made, there might still be some distance to travel in terms of knowing the precise requirements for Apprenticeships.

[1] HM Government (2013), The Future of Apprenticeships in England: Implementation Plan, Department for Business, Innovation and Skills