Randomised controlled trials or RCTs are considered to be the ‘gold standard’ in robust methodology to examine a causal link between an intervention (such as a classroom training programme or an employment interview training scheme) and one or more outcomes (such as children’s literacy outcomes or job seekers employment status).

An RCT randomly allocates individuals (or groups such as schools or employers) to two (or more) groups using a statistical method which is a little bit like a lottery. In the most common design of an RCT, some of those individuals will make up an ‘intervention’ group whereby they receive the programme (or intervention) being evaluated. The other individuals will make up a ‘control’ group whereby they usually continue to do what they have been already doing (known as ‘business as usual’). The programme is given to the intervention group and at the end of the programme the two groups are measured on an agreed outcome and the two groups are compared to see if there is a difference on average between the intervention and control groups. 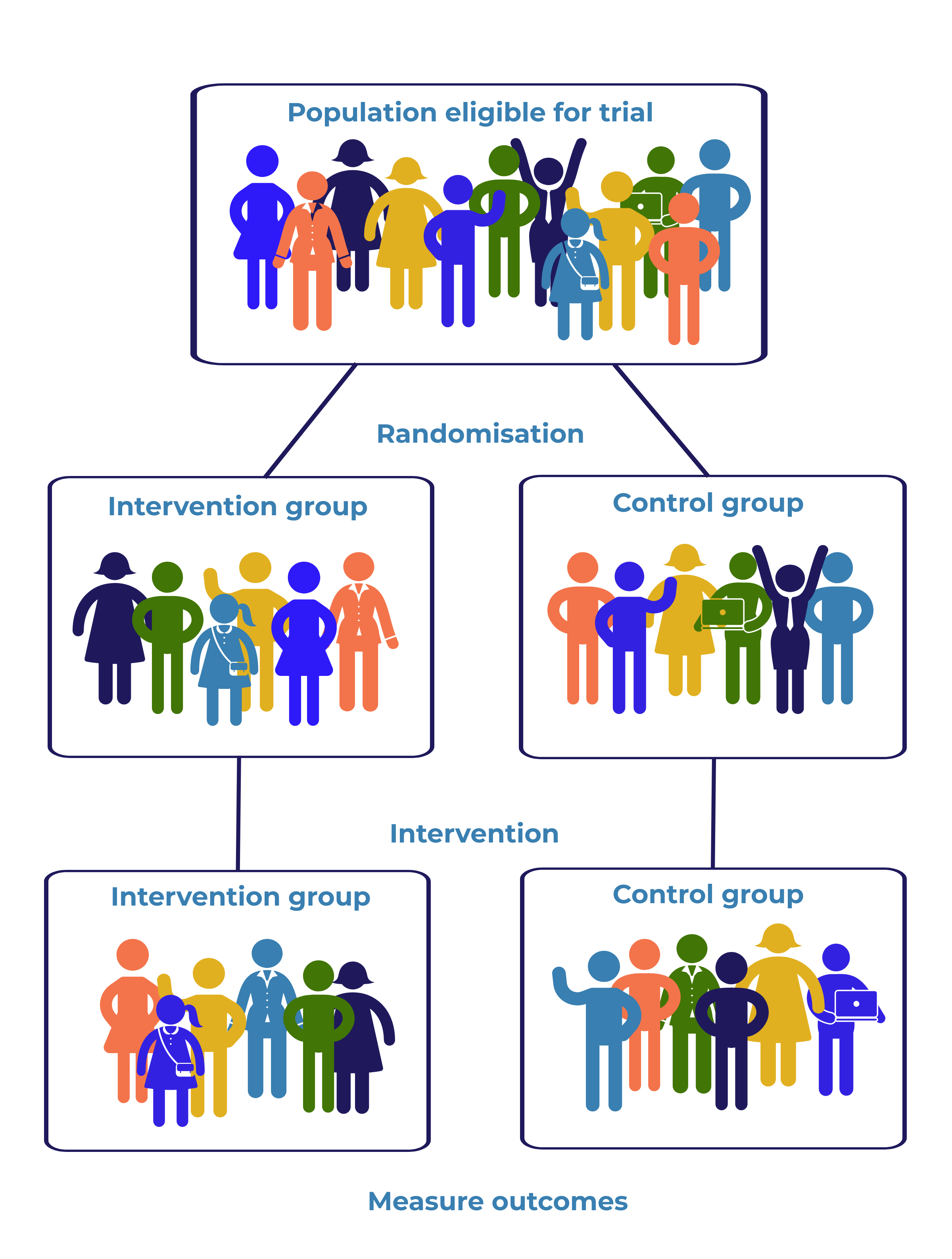 If there is a difference then this can be attributed to the programme (the causal link), because the randomisation should mean that individual differences between the two groups are equally distributed (for example prior work experience will vary amongst individuals but there should be mix of people who have more or less experience within the intervention group and within the control group). For further information, please contact  Anneka Dawson