Past IES and HRN event 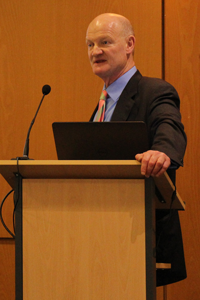 The provocation and preceding Fellows event covered such topics as:

We shared the afternoon's events via Twitter as they happened.

Click here to view all tweets from the event.

This event was facilitated by Penny Tamkin, Director, Employer Research and Consultancy, IES.

Intergenerational differences have created a considerable amount of press coverage and a not insignificant degree of potential discord (for example, David Willetts’ book How the Baby Boomers took their Children’s Future). The Centre for Creative Leadership found that there were concerns with Generation Y’s strong sense of entitlement; inability to communicate face-to-face; lack of decision making skills; poor self-awareness; low work ethic; and tendency towards overconfidence. Others have suggested the whole thing has been overblown and young people will eventually grow up and become just like the rest of us.

Our 2016 provocation explored just what the evidence tells us about intergenerational differences, whether organisations are right to be concerned and what those differences might mean for the way we manage young people in the workplace.

This event provided a rare opportunity for thoughtful reflection on one of those HR topics where the rhetoric often runs ahead of the evidence. The provocation aimed to further understanding into what we really know about the work values, aspirations and behaviours of young people and how this affects organisational behaviour.

Our provocation in 2016 was preceded by our annual IES Honorary Fellow’s address by David Willetts.